Diagnosis and Treatment for Bulging Discs in New Jersey 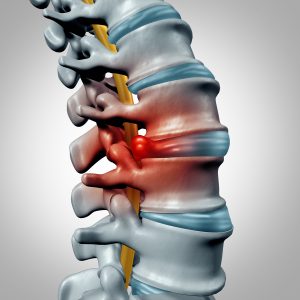 Bulging discs are a very common spine condition that can affect people of all ages. It’s often associated with radiculopathy similar to a slipped or herniated disc. At Centers for Neurosurgery, Spine & Orthopedics, our board-certified spine experts include neurosurgeons who will provide an accurate diagnosis and the cause of your symptoms. Further, the team at CNSO, can resolve both the cause and the associated symptoms of a bulging disc as well as any other cause of back or neck pain. Learn more about the bulging disc treatment you can receive at our locations throughout Northern New Jersey, including Jersey City, Paramus, Morristown, Clifton, and Wayne.

Understanding Bulging Discs and Their Symptoms

The 33 vertebral bones that compose our spinal column are separated by soft discs of cartilage, which cushion the bones. If the disc’s outer cartilage, called the annulus, weakens causing the disc to lose its shape, it protrudes out of alignment and can place pressure on the surrounding nerves. This type of disc disorder is called a bulging disc and is distinctly different than a slipped or herniated disc in which the annulus is torn, allowing the disc’s, internal soft, jelly-like material called nucleus pulposus, escape   beyond the annulus causing pressure on the surrounding nerve structures.

Bulging discs are typically not easy to detect and may not cause symptoms until the disc compresses onto a nearby nerve. When symptoms do present, they usually include localized pain due to inflammation caused by the increased pressure on the neck or back nerves or spinal cord. If a disc bulges onto a spinal nerve, pain may radiate distal to the path of the nerve which is a condition called radiculopathy. Symptoms of radiculopathy are based on the level of the spine in which the bulging disc is located and thus may include:

For many patients, with conservative care offered at CNSO, bulging disc symptoms resolve without surgery, but prolonged pain and inflammation over 6 weeks should be further addressed by the experts at Centers for Neurosurgery, Spine & Orthopedics.

During your first appointment, the CNSO board-certified team of neurosurgeons, trained in both brain and spine surgery as well as our orthopedic spine surgeons, will take a through history of your symptoms, perform a physical exam, and review imaging tests in order to make an accurate diagnosis and the least invasive treatment plan. Unless the symptoms are too severe, patients with bulging discs are typically recommended for conservative treatment modalities that will reduce pain, inflammation, muscle spasm, and then improve range of motion, such as:

If the disc is placing pressure on the spinal cord, there is weakness or loss of function or if these non-surgical approaches fail, bulging disc surgery may then be recommended.

As a multi-specialty medical and surgical practice, Centers for Neurosurgery, Spine & Orthopedics is led by a team of board-certified neurosurgeons, who are continually recognized as the top spine and brain surgeons. They work together on complex spine cases providing patients with the expertise from two fields of study, reducing operating time which results in faster recovery periods. CNSO surgeons have hospital privileges at each of the major hospital systems in New Jersey. Further, CNSO also has an on-site team at each office location of pain management doctors, physical therapists, physical medicine and rehabilitation doctors providing joint injections, chiropractic, and acupuncture techniques, giving CNSO patients the chance to receive all of the care they need at any one of our convenient locations. To learn more about bulging disc treatment at Centers for Neurosurgery, Spine & Orthopedics, contact us today to make an appointment at one of our Northern NJ offices.

A bulging disc is not easily detectable nor noticeable until it compresses onto a nerve or vertebrae, inflicting pain and inflammation.