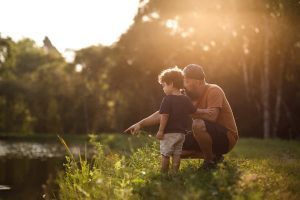 The expert medical team at Centers for Neurosurgery, Spine & Orthopedics has experience with the different types of tumors that grow in the choroid plexus. Patients and their children receive in-depth explanations, careful diagnoses, and effective treatments for these conditions.

There are two main types of choroid plexus tumors. Choroid plexus papilloma is generally benign, while choroid plexus carcinoma is malignant, or cancerous. Their specific differences are detailed as follows:

These slow-growing benign tumors can cause problems, such as:

These malignant tumors can affect structures in the brain similarly to Papilloma. However, since they are cancerous, they may also spread throughout the central nervous system via the cerebrospinal fluid.

A serious symptom that signals the presence of choroid plexus tumors is a condition called hydrocephalus. However, depending on the size and location of the choroid plexus tumors, symptoms other than those of hydrocephalus may also be experienced by the patient. Due to the pressure that tumors place on structures within the skull and in the ventricles, cerebrospinal fluid production and flow may be affected in ways that increase pressure around the brain. Hydrocephalus results when the amount of pressure is dangerous to the patient and presents with the following signs:

Infants may have enlarged fontanelles, the soft spots between skull bones, or show an increase in head size. Problems with feeding in babies can also be a sign of hydrocephalus.

Patients and their children should consult with the award-winning neurosurgeons at Centers for Neurosurgery, Spine & Orthopedics to determine whether their symptoms indicate the presence of tumors of the head, neck, or spine.

There is no definitive cause known for choroid plexus tumors. Possibilities include infections and factors related to the immune system or environment. Mutated genes have been linked with some of these tumors, in rare conditions such as Down syndrome, Li-Fraumeni syndrome, Aicardi syndrome, von Hippel-Lindau syndrome, and neurofibromatosis 2.

Initial examination by the physicians at Centers for Neurosurgery, Spine & Orthopedics will likely include a physical test of balance, vision, hearing, and coordination. A detailed family and medical history will also be discussed, as well as any genetic tests. Imaging of the brain with a magnetic resonance imaging (MRI) will help with identifying any tumors, and their placement within the central nervous system. An MRI can show the presence of hydrocephalus, as well as assist with planning surgery, if necessary.

When a sample of a choroid plexus tumor is available, from prior surgery or biopsy, a neuropathologist will grade it based on the following system:

Removal of the choroid plexus tumor is usually recommended. The surgery team will remove as much of the brain tumor as possible, given its specific location, so that it can be typed and graded. For patients who experience hydrocephalus, it is usually relieved after surgery, however, in some cases, a shunt will be placed at the site of the surgery to drain excess cerebrospinal fluid.

Depending on the grade and type of choroid plexus tumor, the medical team can determine the following:

Plans for continued treatment take into consideration the type and characteristics of the tumor, the patient’s age, and physical condition, as well as medical history.

Make an Appointment with Centers for Neurosurgery, Spine & Orthopedics

When patients and their children are given a diagnosis of choroid plexus tumors, or if they are experiencing symptoms that might be related to the presence of brain tumors, it is time to consult with the highly trained, experienced medical specialists at Centers for Neurosurgery, Spine & Orthopedics in New Jersey. Whether seeking a second opinion, options for treatment, or a detailed, informed explanation of the condition, patients can turn to CNSO’s award-winning medical specialists. Receive medical care and information needed by scheduling an appointment today.