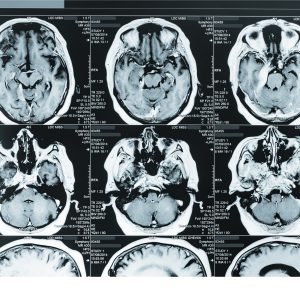 The brain is one of the most critical organs of the body. It controls many everyday functions like the senses, nervous system, cognitive function, motor function, and personality. When certain injuries or diseases arise in the brain, this can cause brain disorders and abnormalities. Brain disorders can also occur through genetics, congenital disease, tumors, and more. When a patient develops a brain disorder, this can affect many aspects of everyday life. Depending on the size, location, and type of brain disorder, symptoms can vary from person to person.

Brain disorders can arise for a variety of reasons. That’s why the team at Centers for Neurosurgery, Spine & Orthopedics listens to patients to gain a full understanding of how to best care for and treat them. Using a collaborative and comprehensive approach, CNSO aims to educate and inform patients of their condition. The types of brain disorders treated include: 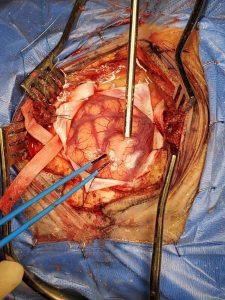 Chiari malformation is a disorder that affects the cerebellum, an area of the brain that controls balance. The disease occurs when the cerebellum bulges through the normal opening in the base of the skull. This puts immense pressure on the brain and spinal cord, making headaches a common symptom. Signs of Chiari malformation may arise during adolescence and adulthood or after a motor vehicle accident. The symptoms varying from mild to severe.

Intracranial hypertension is a disease that mimics the symptoms of brain tumors. It arises due to the buildup of cerebrospinal fluid (a clear fluid that cushions the brain and spinal cord from injury) in the brain by either producing too much fluid or not allowing enough fluid to be reabsorbed. This buildup can lead to feelings of pressure, which create tumor-like symptoms. This disease occurs primarily in women, and the most common symptoms include headaches and changes in eyesight such as blurry or double vision. Additional risk factors are obesity, the use of certain medications, and diseases such as:

Otherwise known as “water on the brain”, hydrocephalus is a congenital disorder caused by obstructive malformations in the brain. These obstructions block cerebrospinal fluid from exiting the brain, causing fluid to build up. This disease can be dangerous if left untreated, making surgical treatment imperative. To drain the cerebrospinal fluid, surgeons will place a shunt (a hollow, tube-like device) known as an external ventricular drain inside the brain. This allows for the diversion of CSF from the brain to an outside sterile chamber to aide in the reduction of intracranial pressure.

Normal-pressure hydrocephalus is a brain disorder known to cause dementia symptoms. It affects adults over the age of 60, causing additional symptoms such as impaired bladder control and problems with walking. NPH is one of few brain disorders that surgeons can reverse, allowing patients to regain the cognitive skills they thought they had lost.

Affecting mostly women over the age of 50, trigeminal neuralgia is a chronic pain condition caused by disorders that impact the trigeminal nerve. This nerve is the part of the brain that controls sensations in the face. Abnormalities in the trigeminal nerve can lead to intense facial pain, even with mild touch. Physicians can manage this disease using noninvasive injections and medications.

Arachnoid cysts are a common type of brain cyst consisting of fluid-filled sacs and usually do not grow in size. Many people are diagnosed with this disorder at birth; however, they can also develop through serious head injury or trauma. Smaller cysts usually present with no symptoms and do not require treatment, while larger cysts can cause headaches, nausea, or seizures. These larger cysts may require drainage to relieve pressure on the brain or spinal cord. Arachnoid cysts can also appear in the spine.

A colloid cyst is a benign fluid-filled sac, typically found near the center of the brain, called the third ventricle. Most individuals develop colloid cysts before birth, which are expected to increase in size slowly over time. This can block cerebrospinal fluid from moving around the body, causing pressure and strain on important nervous structures. The symptoms of a colloid cyst include headaches that worsen in the morning, vision problems, and difficulty with memory and concentration.

Clival tumors are a rare growth that forms at the clivus, a bone found at the skull base. Growing clival tumors may damage important nearby structures such as the cranial nerves and brain stem. Many people with a clival tumor experience symptoms such as headaches, inability to speak clearly, or facial numbness and tingling. The current cause of clival tumor development is still unknown. However, research suggests that men, middle-aged, and older adults are more susceptible. Chordomas are the most common type of clival tumor, growing on both the skull and the spine. To remove a clival tumor, neurosurgeons may use one or many treatment plans, including surgery, radiation, and other options.

Forming mainly on the brainstem or spine, hemangioblastomas are noncancerous and slow-growing tumors that arise in the blood vessel lining. Hemangioblastomas can grow larger over time, potentially affecting other areas of the brain. As the tumor enlarges, it can cause pressure on the brain and spine, specifically the cerebellum and the brain stem. Research shows that people with Von Hippel-Lindau (VHL) disease can develop multiple tumors around the brain and spinal cord. Some common symptoms that indicate the presence of a hemangioblastoma include headaches, loss of coordination, and muscle weakness. Additionally, these tumors can also affect the flow of cerebrovascular fluid (CSF), an element that protects and cushions the brain. The treatment of choice for symptomatic brain and spinal cord hemangioblastomas is surgical intervention, which can be explored by one of our qualifying surgeons at CNSO.

The brain disorders above are just a few of the diseases and injuries that Centers for Neurosurgery, Spine & Orthopedics has the tools and technology to treat. With a patient-centered method of care, the experienced and trusted CNSO team aims to educate patients on their diagnosis and treatment options. To learn more about brain disorders and treatment in Northern NJ, contact Centers for Neurosurgery, Spine & Orthopedics today.